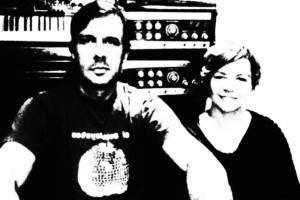 Out of Sydney, Australia, Telemetry Orchestra formed in the early ’90s as an electronic 3-piece. Part of the original Clan Analogue Collective, they have evolved into their current form through the exploration of organic and electronic sounds, fusing them with influences of psychedelia, folk and pop sensibilities. Previous releases have garnered critical acclaim, widespread national airplay and use in television and numerous feature films.

1. How did you get started?
We bonded over My Bloody Valentine, Kraftwerk and a Jaques Tati movie soundtrack played through a delay effect.

2. What ingredients do you need to mix together to produce the recipe of your sound?
Take rich lush textures, crusty nostalgia, aged synths and cheesy samples. Mix them lovingly. Add sweet and sour melodies and a dash of melancholy.

3. Did your first gig make you hungry for more?
We love sharing our music with people, the hunger is still there…

4. What’s the biggest ‘cock up’ to date?
Technology meltdown at the Sydney Opera House in front of seated and expectant audience. Excruciating!!

5. What is it that inspires you to make your music/sound?
Space sounds, electronica, psychedelia, soundtracks, vintage sounds and folk. With our last E.P. we wanted to try to create an homage to our earliest influences and experiment with the art of arrangement. We try to keep it sounding fresh – that is half the fun.

6. What would be the icing on the cake?
Working on a soundtrack for a cool “art” feature film has always had some appeal.

7. How will you be remembered? (what will make you vintage?)
As a band that had their own sound – with music for the heart, head and the feet…

8. Describe your music as if it were a fine wine.
Good nose, mouthy, rich and full bodied

9. Digestive! If you weren’t doing what you are doing now, what would make you happy?
Scuba Diving with Whale Sharks (Gavin)

10. AfterMint! Does your musical style influence your underwear?
substantial and seamless!