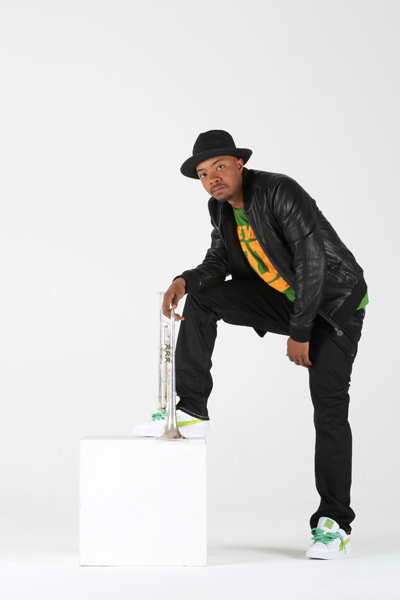 The Hypnotic Brass Ensemble are a band of brothers from south side Chicago. Born into a musical heritage which started with well known jazz musician, father Phil Cohran whose roots run back to 1920s Mississippi. Many of the family work in the industry with sisters, brothers and mothers also working as professional musicians and singers.

Once all brothers were out of school they formed together around their musicianship and started to make a living busking on the streets of Chicago. Their sound bringing together their jazz roots and modern hip hop sensibilities.

Eventually they moved to New York City where they played relentlessly until gigs with the likes of Mos Def and Erykah Badu got them the recognition to stand out independently. Since then they have been heralded within the industry with apperances on Britian’s Later with Jools Holland TV show and collaboration on the last Gorillaz album.

INDIGITS caught up with brother Gabriel Hubert, ‘Hudah’, late one night in Berlin!

1. How did you get started?
We are blood brothers from Chicago. Our parents taught us how to play then we just came together and started a band.

2. What ingredients do you need to mix together to produce the recipe of your sound?
We take the best of every genre – put it all in a gumbo pot and call it hypnotic!

3. Did your first gig make you hungry for more?
No! Our first album made us hungry…  the first people we touched or inspired. The people we stopped in their tracks! 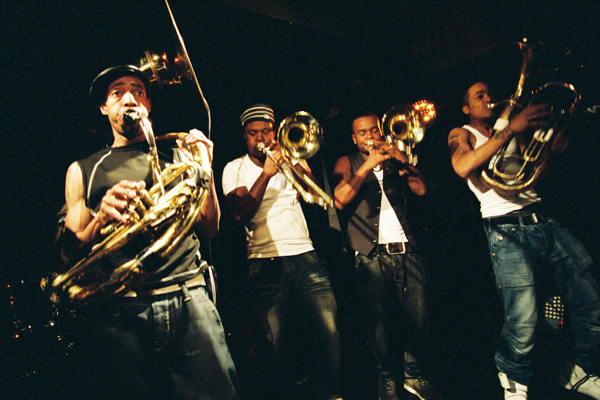 4. What’s the biggest ‘cock up’ to date?
We are well rehearsed, well prepared. No cock ups!

5. What is it that inspires you to make your music/sound?
Our father, Kelan Phil Cohran inspired and influenced our music as a whole. He has ties with Earth, Wind & Fire and many others for his input of creative music, self expression and cosmic music!

7. How will you be remembered? (what will make you vintage?)
We will be remembered as innovators. How to do it your way. How to step outside of the train tracks. To plant seeds for others to mimic and expand on…

8. Describe your music as if it were a fine wine.
We allow spirit to write our music. The best music gets better with age. We don’t have restrictions – it’s about now, because of that it can grow and expand.

9. Digestive! If you weren’t doing what you are doing now, what would make you happy?
I wouldn’t be happy unless I’m doing this. I’ve done it all my life. I’d feel a void, an emptiness otherwise. Although I’m sure I’d be successful, I know that much…