Normally I take it upon myself to write the introduction but on this occassion the words are best put by the artist himself… As R Nicholas Kuszyk says “Born and raised in complete isolation in southern west North Dakota. R Nicholas Kuszyk didn’t see a hill until he was 18 and a half. Seeing the sudden elevation of the ground propelled his aspirations vertically until he noticed a circle in the sky. Inspiring him to go to space camp. He thought this circle, the moon, was a McDonalds drive through for extraterrestrials. His first drawing was a NASA (regulation approved) technical schematic of a piece of McPizza being eaten by an alien (wearing sunglasses).

It won him a full academic scholarship to Virginia Commonwealth University where he piggy back rode his business management mentor Joe Siepel until he was awarded an undergraduate degree in sculpture. That was 2003. Now living in a sewer drainage pipe in Williamsburg Brooklyn, Kuszyk practices martial art law with his three adopted turtle ninja brothers, drawing robots as a meditative escape from the rigorous kung-fu training regiments.

Kuszyk is still designing a drive through for the moon!”

As I’m a fellow devotee for our more mechanical friends I am extremely happy to present R Nicholas Kuszyk on the INDIGITS A8. 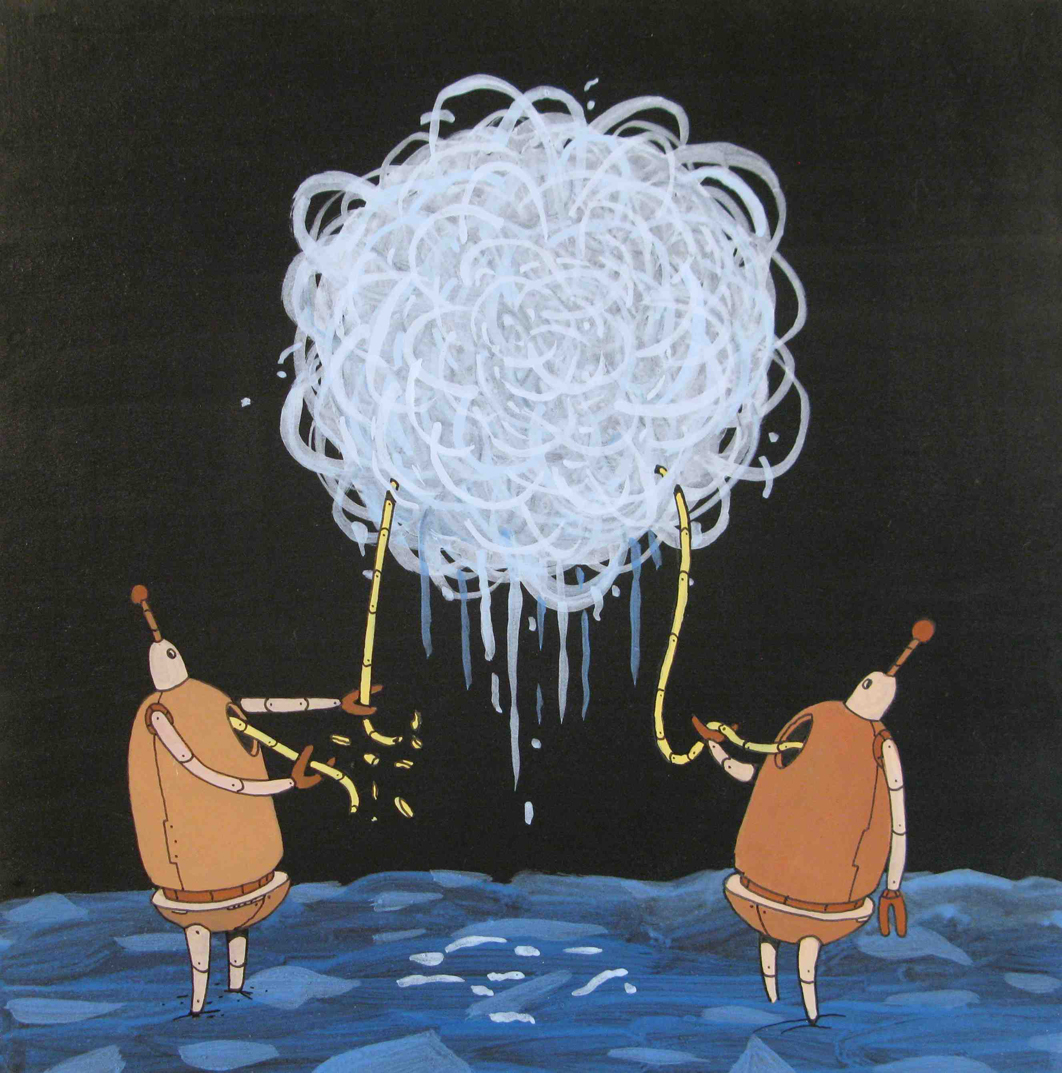 1. What would you say is the most important theme in your work?
Besides the visual theme of the robots that carry the literal themes and narratives, there are many. It depends on each piece. Some are simple every day kind of thoughts and gestures, others can try to express more universal notions of life/existence-ish stuff. Humor helps. Blending emotions. I’ve recently been trying to create
hypercomplex environments in which all the elements are interconnected visually and literally. I go through phases. I’m normal. So are you probably.

2. What’s most inspiring to your working process?
Finding the cracks between the stagnant layers of my knowledge and experience that lead me to new understanding. Tight jams.

3. Have you any strange talents that influence the work you produce or the way you produce it?
I possess excellent yet inconsistent zone-out stamina. The capacity to sit at a table and move a tiny paint brush (or pen) around slowly for extremely long periods of time. But this ability fluctuates. Mismanagement of this ability induces intense extended bouts of exhausted unproductive pile-osity.

4. Which artist of the past would you resurrect to collaborate with and why?
Gordon Matta-Clark, or Jan Van Eyck. Or a cryo-hybrid of the two. Masters. 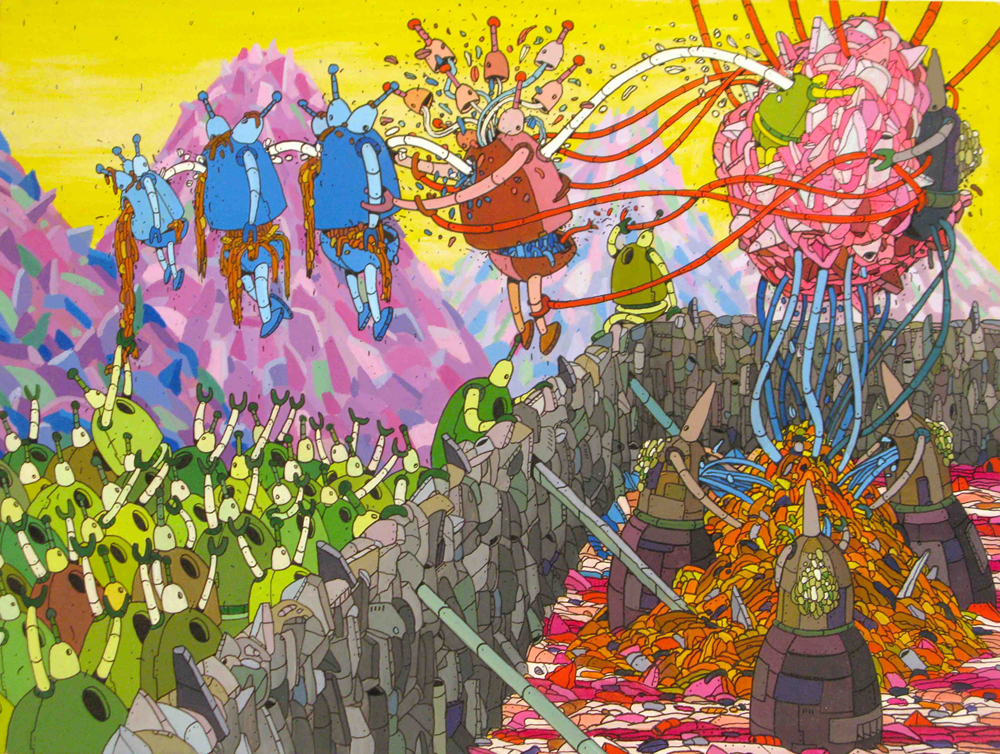 5. Do you think your work is understood or misinterpreted and why?
I try to leave the narratives as open as possible for people to find their own interpretive meanings. People come up with crazy shit that I would have never thought of. Especially little kids.

6. If you could decorate one place in the world what would it be and how would you do it?
I would have an affordable painting in every home/dwelling on the planet. But if I had to choose one place right now, I would choose the Vatican. Repaint the old ceilings.

7. What to date has been your ‘cherry on the cake’ moment and what was it that got you there?
My children’s book called R Robot Saves Lunch is out in a store near you (published by Penguin).

8. What we ask everyone! Does your artistic style influence your underwear?
No, but it might from now on… or is it the other way around?