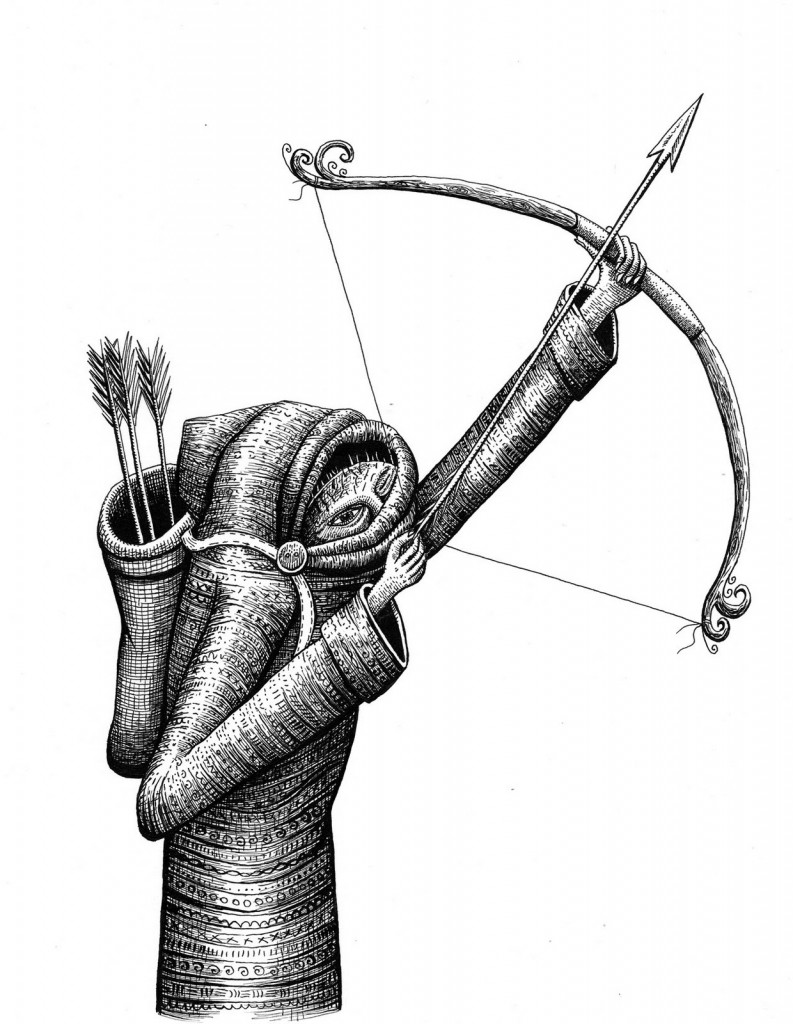 Phlegm currently claims Sheffield, UK as home. A lot of his work can be found in and around the city, especially in the abandoned factories and warehouses.

His dominating figures tend to originate from his self published comics, simply called ‘Phlegm Comic’. He sees his relationship to graffiti having organically grown from his comics, rather then from the traditional letter styles. He started out as a cartoonist, but the graffiti side of life has recently started to take over “I love to get run down urban spaces and factories and play with the space. It’s such an immediate way to get your picture on the wall. A painting in the street becomes part of the cities architecture, influenced by what’s around it rather than being some awkward canvass in an art gallery.”.

Most of his work is done with black Indian ink and dip pens, only using colour when screen printing or painting walls (or planes!). INDIGITS is delighted for an A8 response…

1. What would you say is the most important theme in your work?
I tend to have quite a diverse range of themes but simplified i’d say i’m always drawn toward simple things that accumulate and become more complex. Sometimes It’s simple situations in our lives that get changed by a wealth of tiny almost insignificantevents. Sometimes it’s a process in nature that becomes more and more complex due to tiny changes, like the expansion of an ecosystem. I’m always drawn to these complex things that look simple at first glance. 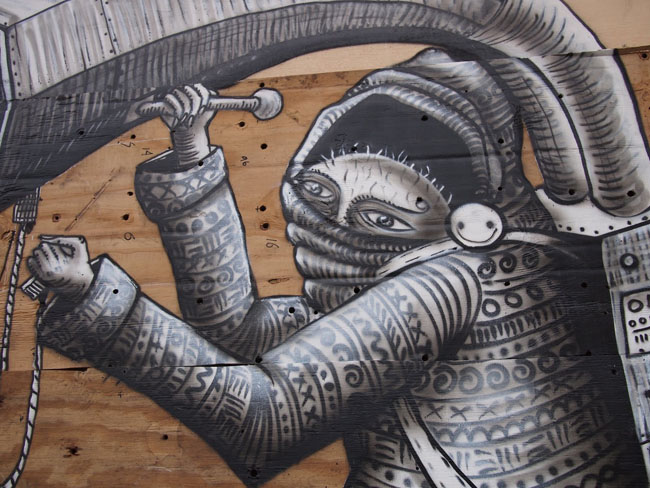 2. What’s most inspiring to your working process?
I think the most inspiring thing for me is to not really see myself as an artist. If I work alone and don’t do commission work and gallery shows I tend to be really creative. I get bogged down and question things too much when I consider what I do. That’s why I tend to be a bit of a hermit and use self publishing and street art as a way of showing my work.

3. Have you any strange talents that influence the work you produce or the way you produce it?
I was a keen climber when I was a teenager. I have some good rope skills that come in handy when I paint big walls but don’t have enough money to spend on scaffolding!

4. Which artist of the past would you resurrect to collaborate with and why?
Maybe some of the outsider artists that only got discovered until after their death. I’d love to speak to Henry Darger about his realms of the unreal. I’d love to work with Charles Dellschau bringing his fantastical flying machines to life on massive walls.

5. Do you think your work is understood or misinterpreted and why?
I think I have a nice small following of people that understand what I do. I’ve never wanted to be huge. It’s nice to have enough people who follow my work to let it be a full time thing, I really appreciate that. Hopefully people who don’t get what I do don’t really notice me. 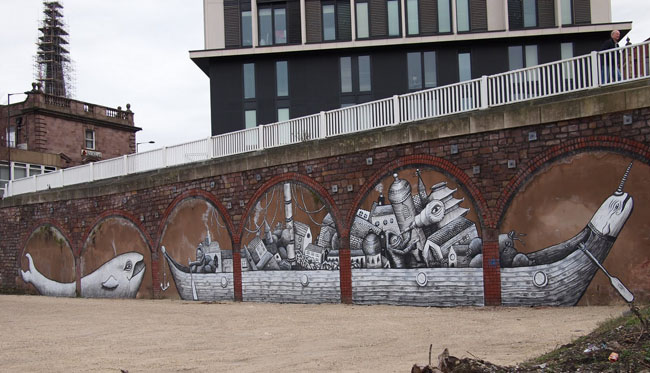 6. If you could decorate one place in the world what would it be and how would you do it?
Ghost island in Japan. Or any deserted city. I spend a lot of time painting deserted factories and the idea of wondering around an entire empty city really appeals to me. I’d love to be able to live there for a year and just paint everything.

7.What to date has been your ‘cherry on the cake’ moment and what was it that got you there?
I’ve been writing a comic for almost three years now, I think when I finally get that done and hold it in my hands it will be my moment. I’ve ploughed thousands of hours into that comic already so I’m hoping its going to be good. Either way I’m sure just the feeling of getting it done will be euphoric enough!

8. What we ask everyone! Does your artistic style influence your underwear?
Painting at night or early in the morning in freezing cold and strange places has certainly made me a connoisseur of thermal underwear!