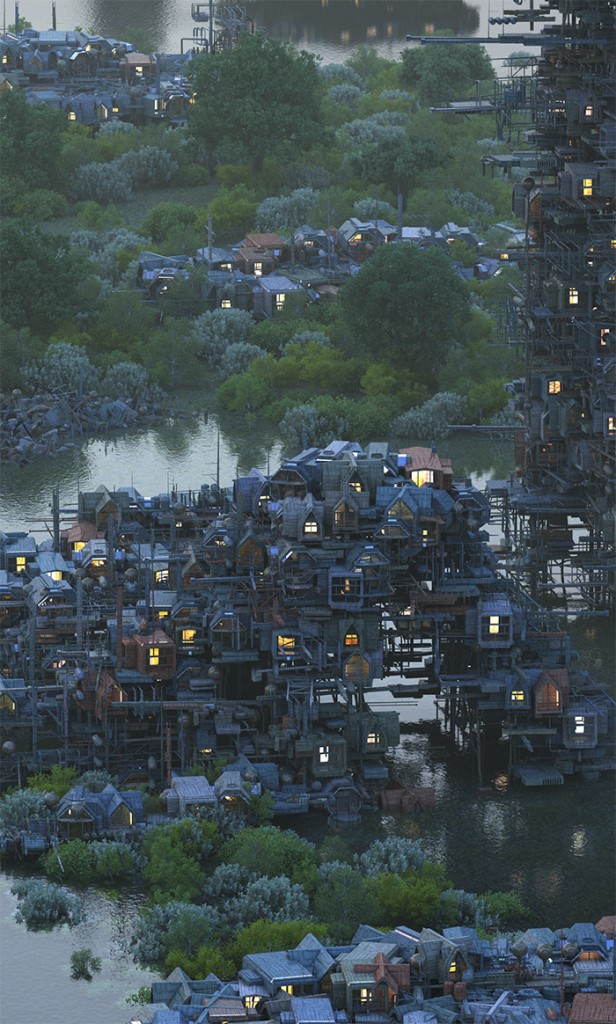 Growing up in rural Ontario, Canada, Mathew Borrett is an artist/illustrator working in different mediums including, print, pen and digital. In his youth he was fortunate enough to have a big ancient barn to play in, despite an unfortunate acute allergy to hay, he would build elaborate hay forts. During the pollen-ridden weeks of the summer he would retreat to his bedroom where he’d draw and then build intricate things out of Lego, and make primitive computer graphics on the Commodore 64. In some instances he would draw instructions on graph paper for how to build these constructions again.

In 1993 he moved to Toronto to attend the Ontario College of Art & Design, where he studied illustration. Since 2008 he’s worked in visual effects for film and TV as an environment-artist, although he still finds time for drawing and doing the occasional illustration.

1. What would you say is the most important theme in your work?
Hard to narrow that down, but today I’ll say it’s the tension between security and insecurity. I often draw spaces that you might want to hide in or hide from, or where outside and inside our blurred. Protective walls are breached.

2. What’s most inspiring to your working process?
The natural world inspires me most, the way it resovles into infinite detail in both directions, if you have the eyes or instruments to look closely enough.

3. Have you any strange talents that influence the work you produce or the way you produce it?
Perhaps I have an uncommon ability to perform tedious repetitive tasks such as pointillism and crosshatching. I’ve been called crazy for that and other things. 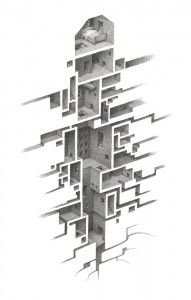 4. Which artist of the past would you resurrect to collaborate with and why?
Pieter Bruegel the Elder. He could fill my spaces with strange people.

5. Do you think your work is understood or misinterpreted and why?
I create spaces for the viewer to explore and respond to however they will, so in that sense the interpretation is open and free.

6. If you could decorate one place in the world what would it be and how would you do it?
I would probably do some kind of giant Andy Goldsworthy-style intervention on the near side of the moon, or maybe on Mars.

7. What to date has been your ‘cherry on the cake’ moment and what was it that got you there?
Some of my work has got a lot of exposure on the internet, which I find very gratifying, even when my name gets detached from the images.

8. What we ask everyone! Does your artistic style influence your underwear?
Not in any ways I’m consciously aware of.